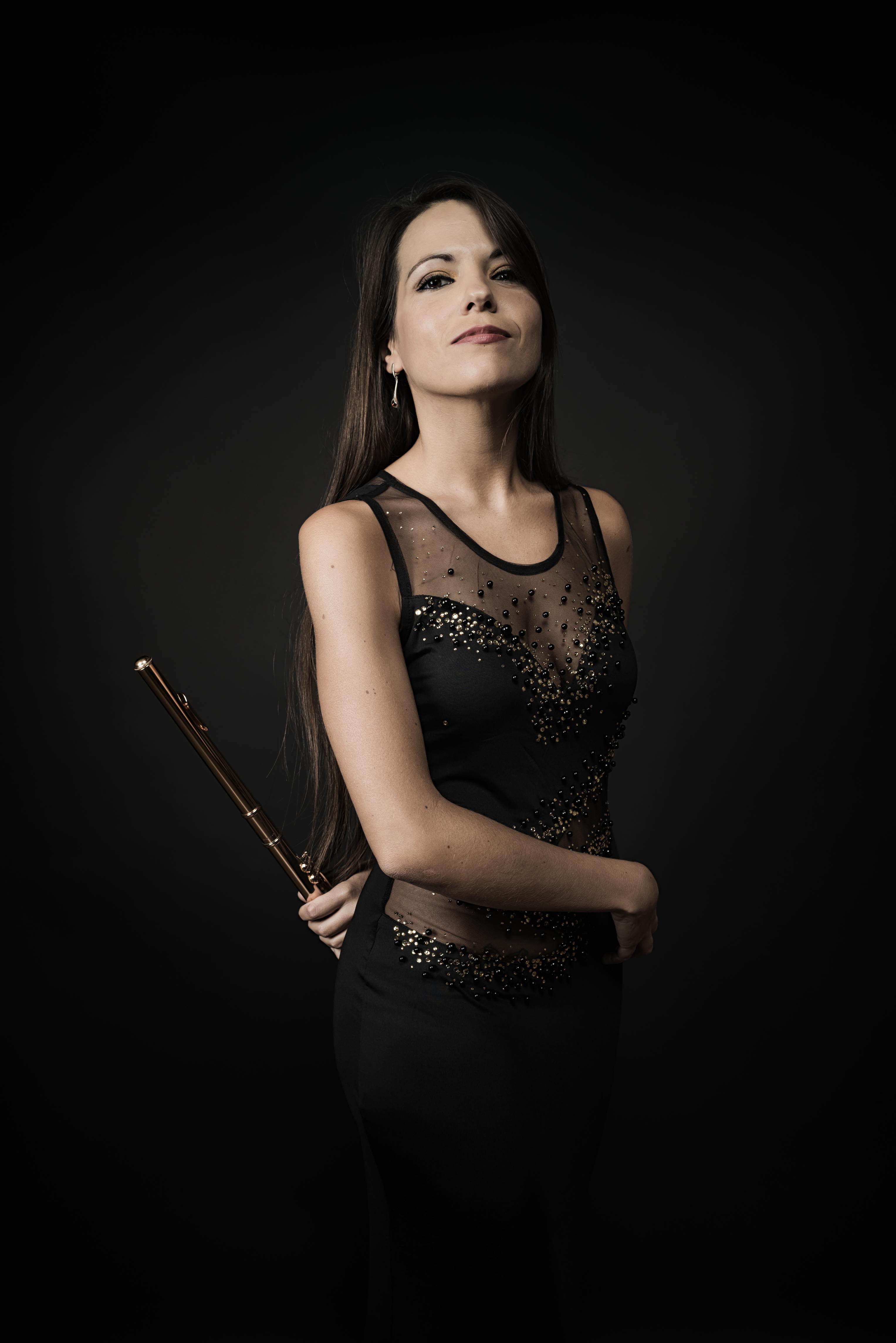 With an already solid emerging career, Elisabet Franch outstands for her talent and subtle musical interpretation. She begins her studies at “Victòria dels Àngels” Music School of Sant Cugat del Vallès. She graduates from ESMUC and continues her studies at Conservatoire National de Région de Paris. During the 2008-2009 season, she is flutist of the Orquestra de l’Acadèmia del Gran Teatre del Liceu Opera House.

Elisabet has been recognized in several international competitions, including 1st prize and Judges’ Distinction Award at the American Protégé International Competition 2016, which lead her to debut at Carnegie Hall of New York, 1st prize by unanimous decision of the Jury at International Flute Competition Domenico Cimarosa, Gold Medal Global Music Awards 2016 for emerging artist and for her first discographic work Gypsy Airs, Best Classical Album at the Akademia Music Awards of Los Angeles September 2016 and 3rd prize at the Rising Stars Competition Berlin 2017. She has played with Banda Municipal de Barcelona, Orquestra Simfònica del Gran Teatre del Liceu, OBC, Orquestra Simfònica del Vallès and Haifa Symphony Orchestra of Israel. She is solo flute of GIOrquestra since 2014.

On 2013 wins the Rising Star Award given by Sir James Galway, with whom she studies since 2011 at the Galway Flute Festival, and is awarded with Premi Ciutat de Sant Cugat , the citizen’s prize of her city, “for carrying the name of Sant Cugat around the world associated to talent and excellence”. During the 2016-2017 is one of the three young talents chosen for the Musical Residencies of La Pedrera (Barcelona). Elisabet is currently Assistant Principal Flute of the Suzhou Symphony Orchestra in China, and combines her duties in the orchestra with her solo career.